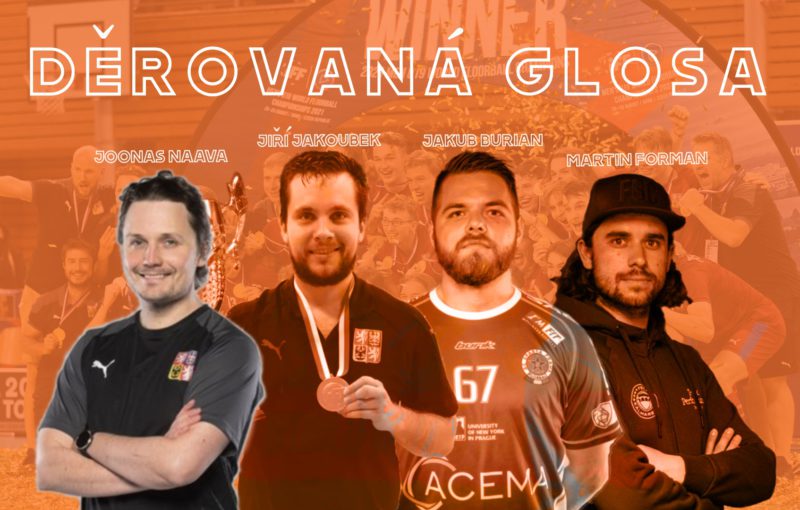 Coaching as a lifestyle

I am Joonas Naava, 41-year floorball coach from Finland. I was asked to write this blog with some good people doing it also, and idea seemed to be interesting, with freedom to write my own ideas, thoughts and share it. I thought I will start with topic which is near to me: coaching.

In future I will probably open up little about U19- and other international projects and also differences of Finnish and Czech floorball and general mentality from my perspective.

But first, I can start my first with introducing myself. I have been coaching now 27 years, so I started when I was 14 years. Coaching has been passion for me for quite long time now. I also played floorball in top level some years and managed to win Finnish championship and European cup titles and play in U19 national team level before back injury stopped me for a while and at same time coaching at top level suddenly came possibility: When I was only 24 years old, I was head coach in Finnish league team HIFK and coaching 10 year older players than I was back then. Before that I coached different aged juniors for 10 years same time as I played myself.

So I coached in the Finnish mens league for some years, changed club to Tapanilan Erä and with Erä we were in the league finals two times and played in European cup finals, and won few cup trophys also. After that I have been working full time as a club worker: as head of coaches, coaching director and now leader of coaching at fusion club EräViikingit, the biggest floorball club in the world. Besides my daytime work I have been coaching morning practices at sport-college three times/week for 11 years now and also worked with U19-national teams. So far at international level I have three world championship golds from three WFC-competitions, two times with Finland (2015 and 2017) and with Czech Republic in Brno 2021. Work at the Czech republic still continues towards Fredrikshamn WFC 2023. In Finland I also coach U15-juniors, where my son plays.

As you can see, most of my days are full of coaching.

When I was a kid, I loved manager games, mostly football but also Ice hockey. I managed teams and played with them. I was really interested in the game itself, tactical side of it – how to handle it, how to effect things etc. I think that is big reason why I fell in love with coaching. Other reason might be movies. Some movies with charismatic coach-characters was fascinating for me. Third reason is probably my background and family. My dad is movie director/writer and mother was a teacher of actors in Finland. So I grew up with movies and theater. And parents, who were teachers, leaders and artists. Lots of same qualities as the coaching and sports demands. Charisma and leadership: and working together with people.

If those were starting points for me, nowadays perspective for coaching is lots wider. I see coach as someone, who helps his players and works together with players and whole staff towards common goal. As a team to be united and to play together and individual level: motivate, inspire players to follow their dreams. When I started, I was really into technical and tactical part of the game (I still try to learn the game every day), as I think most of the coaches are. After that came physical side, when I realized that if you are not fit it’s hard to cope in court even though you have skills and vision. Nowadays maybe the most learning focus is on mental side. Because even though you have excellent qualities – if you don’t believe in yourself or if you can’t work together or can’t handle the pressure, It’s impossible to be great in top level.

To become a coach is a learning process which never ends

The wide range what is necessary to cope in coaching is also maybe the most fascinating and motivating thing for me. I think that all the areas are quite equal: tactical, technical, mental and physical. No other is more important than another. It is gathered and together it forms leadership. As a leader, you need to handle all if you want to be great. Another thing that motivates me, is that the more I’ve coached the more I realize that I know too little about everything. I constantly try to develope myself, but always see that there are lots and lots more to learn and I can’t learn everything. Sometimes it’s frustrating, but I still try to do it, that is actually the key to my motivation. I want to be the best in what I do, but see that I’m not there yet, only still learning to do it. It’s probably the same when I’m 60 or 70 years old…

As for younger coaches and those who one day might want to be a coach, my advice would always to be curious. Be proud and trust of what you do and at the same time be interested about the game and people around it, and always try to learn new things – nobody knows everything but working together and combining strengths and knowledge that different people have it’s closer.

One thing that I really like in sports and coaching is values. For me, it’s really important part of coaching. Through floorball and sport also can be excellent ground to teach people good values to other life also.

Also individual level sport is good ground to learn things. How to handle different outcomes: disappointments and great wins, how to focus, how to set goals and plan things towards to it, how to be discipline, how to handle pressure in-/outside yourself… There are simply very much of areas that you can learn and develope in area of sports and use those skills also in your life.

And in that, coach is the key person to help players to achieve that. Which is the atmosphere, values of team is usually guided by coaches. Coach is the example but also a teacher and leader in thing what the players are interested of and where they decided to take part on – which is difference on teachers in school and coaches. So there is lots of responsibility in coaching. As a coach, you can effect on lots of people and their lives for years to come, maybe rest of their lives.

As you can probably realize by reading this, I feel that coaching is very important. Even though I have been doing it for a long time, I still feel that I’m only at the beginning. I have experienced and achieved a lot, but I still want to achieve big things and still always looking forward that next practice and game as the most important thing.

That’s why I am in love of coaching and I think I will be for the rest of my life.